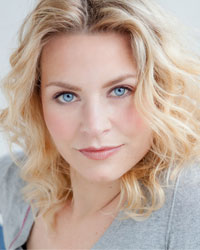 Tjaša is the Founder and Artistic Director of Transforma Theatre Inc., dedicated to creating interactive theatre experiences at the nexus of science, consciousness and ritual. She is the creator of The Female Role Model Project blending interactive theatre with neuroscience produced on Off-Broadway at the premier Art and Tech Center 3-Legged Dog, in New York in November 2018. They were also featured at the Ammerman Biennial of Arts and Technology 2018. She is the creator of a short film Ophelia’s Flip (Cannes Film Festival, 2012), a farce hit Cocktales-Confessions of a Nymphomaniac (The Cell, Abingdon Theatre, Art Basel Miami), an interactive solo show, Wild Child in the City, and a new play My Marlene. Wild Child In The City premiered in NYC (TheaterLab), filled houses on European Tours and received an Audience Choice Award at 46th TSD-Week of Slovenian Drama. Wild Child won a grant from Trust for Mutual Understanding for a tour at ITI-UNESCO MonoAkt festival in Kosovo, winning a Special Jury Prize, and “Northern Meetings” in Siberia. In Dec 2016 Ferme created a devised theatre piece about migrations West to West through the lens of the current refugee crisis in coproducion of Skogen, Sweden and Maska, Slovenia. Tjaša Ferme is a Slovenian National Film Award and Stane Sever classical stage award recipient. Interview on Huffington Post Arts & Culture huff.to/1DgoZ1Q New York Times review: nyti.ms/1J9yBEh more on her website tjasaferme.com. Currently her BCI video game on gender identity is being developed at City Tech, CUNY as a Tech Spring Production. 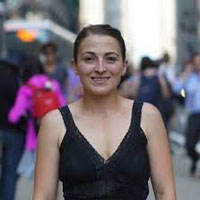 Director - Called “one of the reigning queens of New York’s highly intimate, one-shot-only, conceptual-based theater” by the NYC critic Randy Gener, Ana Margineanu is a Romanian-born theatre director based in New York and a co-founder of PopUP Theatrics, an acclaimed group developing and presenting site-specific and immersive work throughout the world. The trademarks of her directorial approach are close cooperation with the local communities who are audiences for her work, highly metaphoric visual style, and ability to draw raw, visceral performances from her actors. Ana’s shows received numerous international awards, including: New York Innovation Theatre Award (The Window), Best Play Relationship Drama at London Fringe Awards (The Sunshine Play), Best Show at Romanian Drama Festival (Eighty nine), The Jury Award for Innovation at the Contemporary Drama Festival (Eighty Nine, Our Daily Hunger, Inside). She is a founding member of DramAcum( directors collective that supports young Romanian playwrights), an alumna of Lincoln Centers Directors Lab and founding member of PopUP Theatrics. 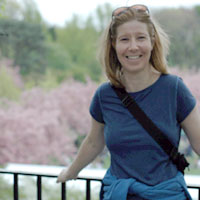 Kacinik is an Associate Professor in Psychology at Brooklyn College and CUNY Graduate Center. She has Bachelor’s and Master’s degrees from the University of Western Ontario, and completed her Ph.D. at the University of California, Riverside. Prior to her position at Brooklyn College, she also worked as a postdoctoral researcher and lecturer at the University of California, Davis. Her research examines how the mind and brain process language, ranging from individual words, to sentences, discourse, and figurative expressions like metaphors, idioms, and irony. She is also particularly interested in studying how our conceptual representations and processes are grounded in perceptual, motor, and cultural experiences (i.e., embodied cognition). Her work has been published in the Journal of Psycholinguistic Research, Neuropsychologia, Brain and Language, Psychological Science, Emotion, Frontiers in Human Neuroscience, in addition to coverage by the media (New York Times, Wall Street Journal, Washington Post, Scientific American, Huffington Post, Psychology Today). 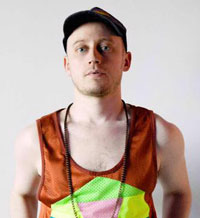 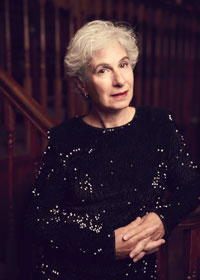 Having recently retired after 30 years working as a prosecutor with the Manhattan DA’s Office, Meggan is now actively using her CUNY MA in Applied Theatre to create theatre for social change. She has been part of The Female Role Model Project since its inception. Meggan is also an ensemble member of Honest Accomplice Theatre, a company dedicated to devising theatre through the lens of women and trans people, and an ensemble member of PopUP Theatrics, performing in their site-specific immersive works Broken City: Wall Street and Inside. In addition, she writes, directs and devises with EPIC Players, a neuro-inclusive theatre company whose participants are primarily individuals with developmental disabilities. 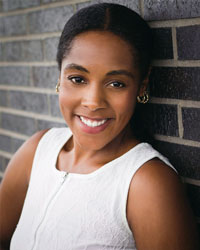 Collaborator/Cast - NYC by way of St. Kitts/Nevis, has a degree in music education, and vocal performance, from Clarke University, in Dubuque Iowa. Her theater credits include; Off Broadway: Users(imsohot@gmail.com), Treasure Island the Musical (Meg, pirate). Regional: Priscilla Queen Of The Desert (Diva), Henry Box Brown (Nancy), Queen Kunka Bunka and the Rotten Royal Rascals (Chatterina), The Nun Before Christmas (Sr. Wendy), The Full Monty (Estelle), Little Shop Of Horrors (Crystal), High School Musical (Taylor McKessie) Oklahoma (Vivian/ensemble), Why Do Fools Fall In Love? (Sally), Jesus Christ Superstar (ensemble), and Grease (ensemble). Gina is delighted to be a part of this amazing project, and honored to work with such an inspiring group of women. Thanks so much to MCS theater, and to my family, and close friends for their constant encouragement, and support. 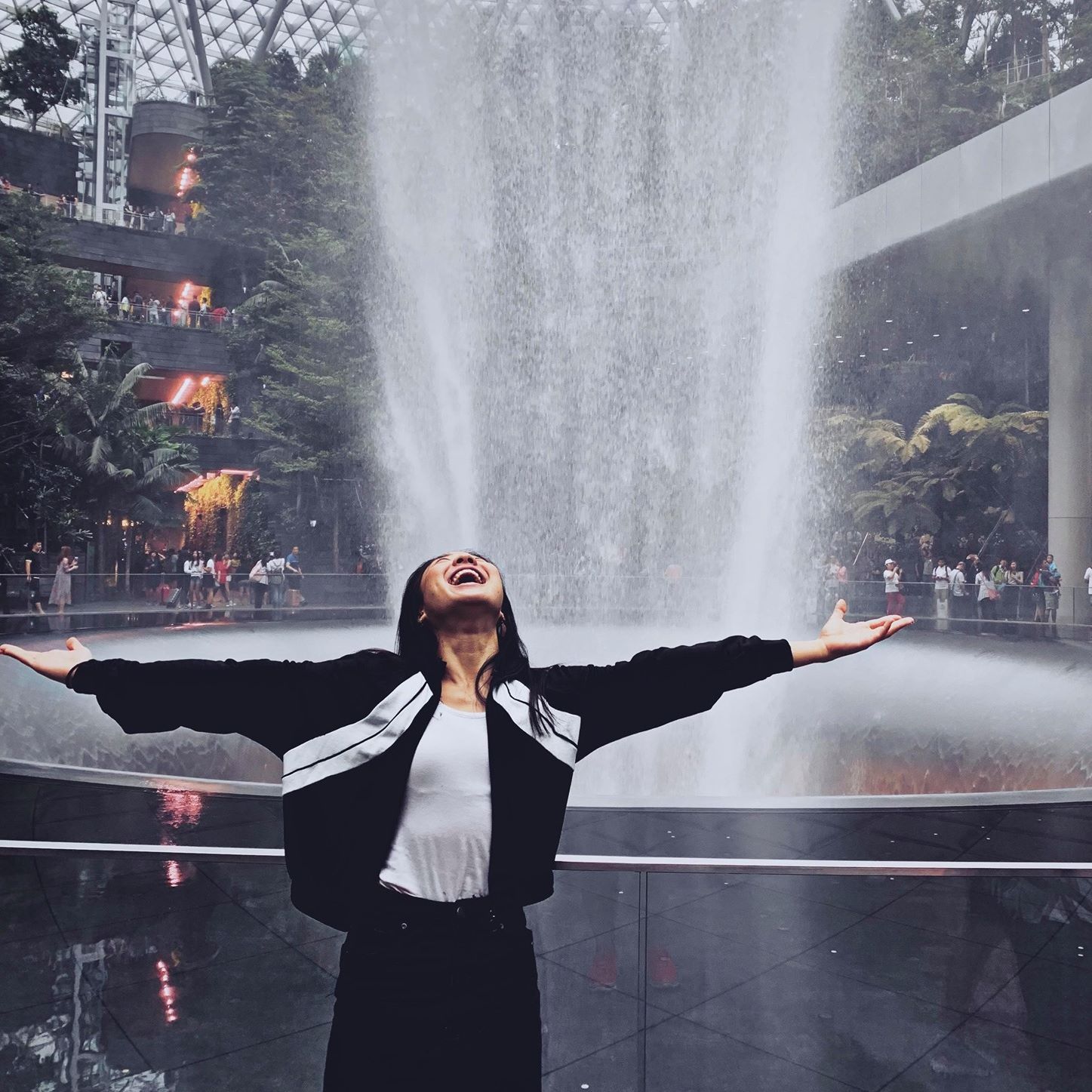 Sabrina Sng  is a physical performer and performance maker from Singapore. As a recipient of the Undergraduate Arts Scholarship by the National Arts Council of Singapore, she received her Bachelor of Fine Arts (Honors) in Theatre Arts from New York University's Tisch School of the Arts in 2016. The focus of her training was in the Experimental Theatre Wing, where she was awarded the Outstanding Studio Award by the Tisch Drama Department. She continued her training at the SITI Conservatory 2016-2017. My practice wrestles with the intricacies of cultural identity, as well as with what it means to be a woman in performance and performance making.  I wish for the work's accessibility within its unconventionality, and aspire to collaborate with people with whom we can navigate together. 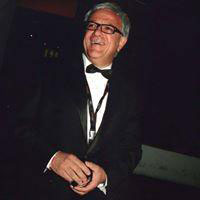 Jacques Sebag was born in Marrakech, Morocco and moved to the United States as a teenager. Although always a passionate student of acting, the realities of life interfered and he became a successful lawyer and devoted father. While stage and film have always been his passion, until recently he honed his theatrical skills in court. Jacob has been practicing law for thirty years. Prior to forming Jacob Sebag & Associates, P.C., Jacob was the founding partner of the Law Firm of Ochoa & Sebag, P.C. (1983-2005). As a seasoned attorney, Jacob brings his entrepreneurial skills and business perspective to his U.S. based and international clients' real estate and corporate ventures. His fluency in five languages greatly enhances his ability to help his culturally diverse clients realize their goals. An innovative and pragmatic problem solver, Jacob counsels his clients on all legal aspects of building and growing a business. In corporate matters and in the hospitality industry, Jacob specializes in acquisitions and business development. In residential and commercial real estate, he advises clients throughout the planning, financing and development phases of the transaction. In addition, Jacob is a licensed Real Estate Broker in New York and Florida. In 2005, Jacob portrayed the French Ambassador in Sidney Pollack's worldwide film release “The Interpreter” which opened the Tribeca Film Festival. Mr. Pollack found in Jacob a certain look, talent and passion and cast him for his last film. Jacob’s featured role is in the only scene in film history shot in the United Nations Security Council. Jacob merges his artistic, business and legal experience to bring a unique competence to his negotiating and drafting contracts specific to the needs of artists and professionals in the entertainment industry. He is also a proud member of SAG/AFTRA and a graduate of the American Academy of Dramatic Arts. 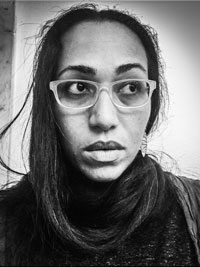 Joya is a choreographer and educator passionate about community, activism, and dances of the African Diaspora. Her company, Movement of the People, has performed in venues such as: BAM, Lincoln Center, SummerStage, and The Bronx Museum of the Arts. She has choreographed various Off Broadway plays including: Fit for a Queen by Betty Shamieh (The Classical Theatre of Harlem), Ducklings by Amina Henry (JACK), JOB by Thomas Bradshaw (The FLEA Theater). She has taught and studied internationally in Brazil, Puerto Rico, Cuba, and Israel. Awards and recognition include: The 2016 Outstanding Emerging Choreographer Bessie Award, 2016-2017 Dancing While Black Fellow, 2017-2018 Women in Motion Commissioned Artist, 2018-19 EtM Choreographer Fellow. Currently Joya is a Visiting Assistant Professor at Wesleyan University. 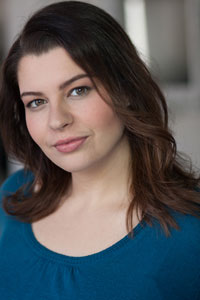 Carly is president and founder of Carly J. Bauer Productions and Casting, in which she Executive Produced a sold out run of a "first rate revival" (Theatre Mania) of Bachelorette by Leslye Headland at Walkerspace/Soho Rep. Other producing credits: Fire On Flaming Roads (Arthur Seelen Theatre), Steppenwolf (The New School), the award winning one act - Between Men (Midtown International Theatre Festival), Broken City: Wall St, and INSIDEat the Cathedral of St. John the Divine (PopUP Theatrics). She has cast for New York Musical Festival, DreamUp Festival, Columbia University’s MFA Film Program, The Player's Theatre, The Master Theater, The Working Theater, and several short films, including the award winning “Absent” having premiered at The Hamptons International Film Festival. Carly received her B.S. from The New School in which she curated her own major. She can also be seen in the upcoming comedy, Shithead The Movie, in the Around International Film Festival in Paris next year. 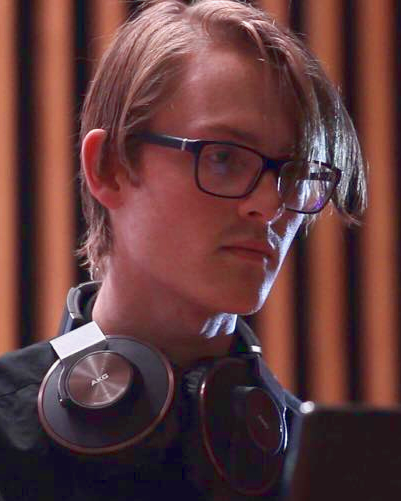 Duncan is a musician and technician from Nottingham, UK. He has worked with theatre since 2012, when he was musical director for a pantomime that was the subject of a Channel 4 documentary. He has since composed scores for plays including most recently Bost-Uni Plues (Ugly Bucket Theatre), and When the Rain Stops Falling (Edinburgh University Theatre Company). He plays in multiple bands with a range of styles, and aspires to maintain a freelance career composing for media and theatre around the UK. 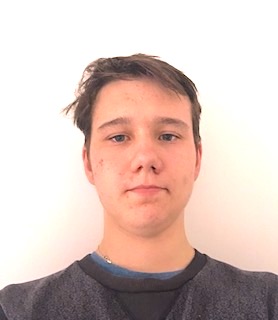 Jimmy is a technician and video/lighting operator from South East England. Currently halfway through an integrated Masters at the University of Edinburgh, he has been involved in technical theatre for a number of years, both amateur and professional productions from his later school days and into his university years, including being on the technical crew for a one-off show by comedian Adam Hills. This production is his Edinburgh Festival Fringe debut.

Video Design. John J.A. Jannone is an associate professor at Brooklyn College and the founder of the college's M.F.A. program in Performance and Interactive Media Arts. He teaches courses in multimedia production and programming, sound design, single-camera television production, and extended televisual practices including multichannel, interactive, and projection design. In the spring/summer 2014 he was a visiting associate professor at Osaka University in Japan, teaching in the art and media graduate program. He is the recipient of numerous grants, including National Science Foundation Major Research Instrumentation and CreativeIT grants, and is the executive director of Camp Ballibay, a summer arts camp for children. He is also a musician and composer for dance and film. Jannone received a B.A., cum laude, in philosophy from Colgate University in 1991, and an M.F.A. in electronic arts from Rensselaer Polytechnic Institute in 2003.

started his career in 2000 in Tokyo. He moved to NYC in 2005 and became resident lighting designer of HERE. He works for the annual HERE’s resident artists festival Culture Mart 2006-2018 and countless work in progresses. Also, he works as a freelance lighting designer for various shows. Those are included NY Fringe Festival by various directors (Various venue 2011-2015), Rite Of Spring by Basil Twist (Jazz at Lincoln Center Rose theater, 2014), and Pony season 2015-2018 (Jazz at Lincoln Center Rose theater). He also works as theater technical coordinator internationally based on the experience to bring shows to all over US, Europe and South America. In 2017 he founded “CMsl” (www.creativemachine.lighting)